Scaling back, moving forward: How Oil and Gas companies can compete in a post-COVID world 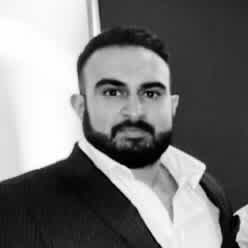 For the first time in its history, the industry is faced with severe competition from both within the sector and from outside it. Product demand and price are being affected. Traditional methods of safeguarding against significant fluctuations – namely a measured contraction and expansion of the workforce – no longer have the desired impact on the bottom line. So where do we go from here?

It’s a question that Stuart Gregg, Axora’s Industry Innovation Director, spends his days exploring. And, while there is no single answer, there are signals towards the direction of travel the industry could – and should – follow. Adoption of the right technology is the driving force behind these changes, but to understand what that looks like in the real world, we must first appreciate the scope of the challenges ahead.

From dilemma to trilemma

Renewable energy has long been earmarked as the biggest threat to the Oil and Gas industry. It’s only now, Gregg believes, that they are beginning to pose genuine competition to those used to dominating the space.

“Not only have renewable solutions become more efficient and more affordable, they are also more accessible for the average person than they have ever been, and they are increasingly finding that support from governments – powered by public pressure – is not hard to come by.”

This support can come in many forms. The EU’s Green Deal is perhaps the clearest example: a €1bn fund, backed by legislative changes that force member states to adhere to rules designed to make the continent’s economy sustainable. In the UK, it’s the transport and automotive industries that look set to be the forefront of the switch from hydrocarbons to electric or hydrogen-based alternatives – a shift that forms the second part of the oil and gas ‘trilemma’.

The third, COVID-19, is as unexpected as it is compounding for an industry already on shaky ground. Even putting global economic uncertainty to one side, huge habitual changes are already underway for swathes of the world’s population. Working remotely, as well as severely reduced business travel, mean that demand for fuel has plummeted further still.

So how does the industry begin to adapt its role in a society changing faster than ever before?

There has often been a school of thought that switching a business model simply means moving into new sectors, like renewables. The reality is much more extensive than that

Following the oil shock that occurred in 2014, as fracking turned the US into an exporter rather than an importer, 25% of the UK workforce was lost in the clamour to cut costs. From there, it took five years of restructuring – with ‘efficiency’ being a key buzzword across the industry.

But what does efficiency mean as we look ahead to 2021 and beyond? For Gregg, it’s a question of reshaping everything from expectations, to recruitment, to technology – something the industry has been traditionally slow at for decades.

“There has often been a school of thought that switching a business model simply means moving into new sectors, like renewables. The reality is much more extensive than that: it requires the industry – as a whole – to reset its cost base accordingly, and accept that profits will have to reduce in a new world of energy consumption and competition.

This will impact the way talent acquisition is approached, too. Attracting and keeping the types of individuals the industry needs to maintain forward momentum, Gregg believes, is vital.

“We’re now entering Industry 4.0. Organisations are no longer just competing with direct competitors for the best talent; it needs people ready to help it digitalise, and they are usually more suited to roles at large tech companies that can, at the very least, match them on a financial basis.

“And, as the workforce evolves, so too does the technology the industry will have at its disposal. Developments in areas like carbon capture and storage, predictive maintenance, remote digital operations – all of these will define its ability to compete”.

Amidst recognising the need for unprecedented change, there can sometimes be a clamour to sound a death knell for oil and gas in its entirety.

Depending on the sources you read, rhetoric around the industry can suggest hydrocarbons ‘are done’, and received wisdom suggests peak oil will be around 2030-35. Some commentators say we have already reached it. But this fatalism, Gregg believes, is unrealistic:

“It’s important to remain as balanced as possible when looking at the realistic future for Oil and Gas. For a start, no other energy source can truly match hydrocarbons for their energy density versus volume and accessibility. For example, a typical family car can hold over 400 Megajoules of energy. To match this power ability, you’d need eight hours of sunlight on a set of solar panels roughly the size of a football pitch.

“As well as this, while the impact of hydrocarbons on the planet is rightly highlighted as a major global concern, completely neglecting them as an energy source for the future potentially opens up even more issues. Doing so means an opportunity for energy poverty to increase dramatically, especially in the developing world. For countries in the west, the ‘pivot’ is feasible but it has to be balanced out by the need for Oil and Gas to improve standards of living elsewhere.

“Put simply, hydrocarbons are so deeply embedded into everyday life in terms of transport, heat, power and products – you can’t just simply switch them off."

To understand how a successful period of change management on a mass scale can be completed, Gregg believes that the industry should look beyond itself – and, for him, there is no better example than Apple.

While the time Oil and Gas has spent at the top of the tree may be drawing to a close, it still has the strength to shape society in a positive way.

“Compare where Apple was in the 1990s to where it is now. Before its rise, oil companies dominated the FTSE 100 in terms of market cap and total shareholder return [TSR]. Now, Apple – a tech company – is worth more than the entire FTSE put together. That’s down to recognising how consumer behaviour was changing, and investing in the technology that could support and enhance their day-to-day lives.”

The message, then, is clear. While the time Oil and Gas has spent at the top of the tree may be drawing to a close, it still has the strength to shape society in a positive way. But the stakes are higher than they have ever been, and the window of opportunity is shrinking. The time to enact change is now. The oil and gas sector needs to be the disruptor before it becomes disrupted.

From the Inside, Out: Why it’s people, not policies, that will drive change for the Oil and Gas industry?

For the Oil and Gas industry, ‘change’ – technological, environmental, political – is all around us. And sustainability is no longer a buzzword...