An interview with Verah Malele, Senior Mining Engineer, at Exxaro

Verah Malele, Senior Mining Engineer at Exxaro, reflects on her career, how she came into mining, experiences and next steps. 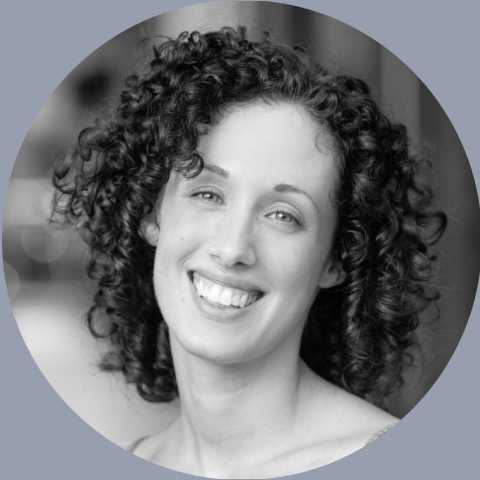 The vast, Exxaro-operated Grootegeluk open-cast mine in Limpopo, South Africa, feeds the vitally important Matimba and Medupi power stations – the former with some 14.6 million tons of coal per year, delivered via a giant conveyor system. As a Mining Engineer, part of Verah Malele’s role is to make sure that supply to the power station meets demand and doesn’t suffer interruptions.

Q. Verah, you’re part of a new generation of South Africans. How did you come to mining?

A. For me it was very personal. From a young age, I knew that my grandfather worked in mining. Then, while I was at high school, my cousin’s husband suggested to me that mining could use more women working in it. But it was the sad occasion of my grandfather’s passing that had planted the seed in my mind that I too could pursue a career in mining. My family was, I would say, not wholly convinced by my decision, because back then there was still a strong perception that mines were where people died. But it was what I wanted to do.

Q. What were your next steps?

A. You need proper qualifications to work as a mining engineer. So, I worked hard at High School, especially at maths and science, in order to earn a place at the University of Pretoria to study mining engineering. This was in 2006.

Q. What happened after you graduated?

A. My first job after graduating was with BHP, where I did a three year graduate training programme. This leads to your “blasting ticket”, which entitles you to lead a mine team; I then went through the stages of being a miner, shift boss (production supervisor) and mine overseer. For a while after that I worked as an Analysis & Improvement Specialist. As you can imagine, there are a lot of different roles in mining, and you try some of them during the graduate programme. In 2020 I joined Exxaro as a senior engineer in the Mining Operations department.

Q. As a senior engineer, what kind of autonomy do you have to make decisions?

A. Well, we have an HQ, of course, and it’s there that strategic decisions are made about the business itself. But about mining activities, we do get to drive that here at the mine, making day-to-day decisions. We are responsible for getting things done.

If we need something, or we have an idea for improving something here at the mine, we can make a business case: describe the problem, explain the solution, state the benefits and their relationship to the cost, and so on. We get to present that to a Projects Review Committee, which may include representatives from HQ if appropriate, and we ask for the funding to execute the project. In many ways that’s similar to organisations in many other sectors.

Meeting production targets with no health and safety issues, that’s a good day.

A. This is mining, so there are two important metrics for me. First, did everyone who came to work at the mine today go home safe and sound at the end of the day? Everyone must get home. And the second is: did we meet production targets. Meeting production targets with no health and safety issues, that’s a good day.

Q. And is there pressure in your role?

A. Oh yes, for sure. Mining is the start of a long value chain, and if something goes wrong to the extent that production is affected, there is a knock-on effect all along that value chain, impacting a lot of people. That’s especially true here: this mine supplies two power stations, which provide power to many ordinary people. Life is difficult enough without the power cuts that an extended loss of production might cause.

Q. What are your qualifications now, Verah?

A. I have worked towards a Mine Overseer’s Certificate of Competency and most recently achieved my Mine Manager’s Certificate of Competence, which is a great feat especially if you want to stay in operations and become a mine manager in the future. It’s not an easy qualification to achieve and I’m proud to have it. There are two components to it, mining law and mining best practice, and it’s mandatory have this certificate in order to work as a mine engineer.

Q. Yes, that is certainly a difficult qualification to achieve. In addition to the right certifications, what other skills do you need to have to be a successful mining engineer?

A. In mining you learn that there are times for collaboration and teamwork, and times to show leadership; you have to recognise when to make a decision. This means you have to be able to communicate with all sorts of people, yes, but it’s often about being able to put yourself in someone else’s shoes. Information-sharing is really important to improving safety, in particular.

Sometimes, yes, you notice that you’re a minority especially when you are the only woman in a meeting. But that’s offset because the mining community is a bit like a family.

Q. As a woman, you are still in the minority. How do you feel about that?

A. Sometimes, yes, you notice that you’re a minority especially when you are the only woman in a meeting. But that’s offset because the mining community is a bit like a family; it’s the nature of the industry that we all look out for each other. Being in operations does not offer as much flexibility as being in service departments; for example, if you are a woman and fall pregnant you will have to be placed in alternative (lighter) duty as operations is considered high risk, so you cannot go to the pit or underground.

Q. Finally, Verah, does mining live up to your expectations?

A. I love it. Or should I say, I still love it. After all these years, I can tell you that someone either has the heart for mining or they don’t; it’s hard work and it’s dirty work. It’s not an office environment and you need to be committed to it.

“It’s good to be getting back out there”

The case for Open Innovation in mining

Exxaro’s Elaine Hattingh and COOi Studios’ Sandiso Sibisi co-presented on Open Innovation on the Mining 2050 stage at INDABA, South Africa, on May 11th 2022. They examined several case studies of how open innovation has benefited mining organisations.